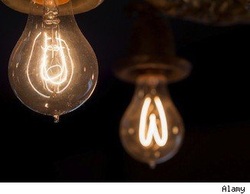 By Mary Boone – reprinted from AOL.com

Feeling in the dark about lightbulbs? You’re not alone. New federal regulations regarding the sale of incandescent lightbulbs are a little confusing. Many consumers mistakenly believe the new standards, included in the Energy Independence and Security Act of 2007, ban the sale of incandescent bulbs. Not true. Rather, the federal government has placed new efficiency standards on bulbs. As of Jan. 1, 2012, any bulb that can generate the amount of light produced by a conventional 100-watt bulb, but do so with roughly 30 percent less energy, is eligible for the market.

The Basics -Uncle Sam is giving consumers — and lightbulb manufacturers — time to adjust to the new regulations. In 2013, the rule will be extended to include 75-watt bulbs. In 2014, 40- and 60-watt bulbs will also be included. No bulbs will be outlawed if they meet the new energy standards, and retailers are allowed to continue selling bulbs that don’t meet the standards until their stock runs out.

It’s also important to note that the new standards do not affect all bulbs. Some specialty bulbs are exempt, including appliance bulbs, heavy-duty bulbs, colored lights, three-way bulbs and others. The new energy efficiency standards apply to conventional pear-shaped, medium-size, screw-in lightbulbs — most often used in traditional home lighting fixtures.

Watts and Lumens – One of the most notable changes that consumers will see when they hit the lighting aisle of their local home improvement store is the way products are labeled. For decades, bulbs have been sold by watt — a measurement of the energy used by a specific product. Now, bulbs must be labeled according to the amount of light they give off, a measurement known as lumens.

The Federal Trade Commission is requiring new product labels that clearly list the lumens — or brightness — of the bulb, the estimated operating cost for the year and the color of the light (from warm/yellowish, to white to cool/blue).

The U.S. Department of Energy sheds additional light on the subject:

• Nationwide, lighting accounts for about 14 percent of all building electricity use (approximately 10 percent of home electricity).The new lighting standards could save U.S. households nearly $6 billion in 2015 alone.

• Experts estimate that replacing 15 traditional incandescent bulbs in your home with new energy-saving incandescents, compact fluorescent lamps (CFLs) or light-emitting diodes (LEDs) could save an average of $50 annually.

• CFLs and other fluorescent light bulbs contain a very small amount of mercury, so it is important to recycle them at the end of their lifespan. Many retailers recycle CFLs for free, and some municipalities have special recycling programs for CFLs. The United States Environmental Protection Agency offers special guidelines for recycling CFLs